“If you haven’t watched it, please do!” 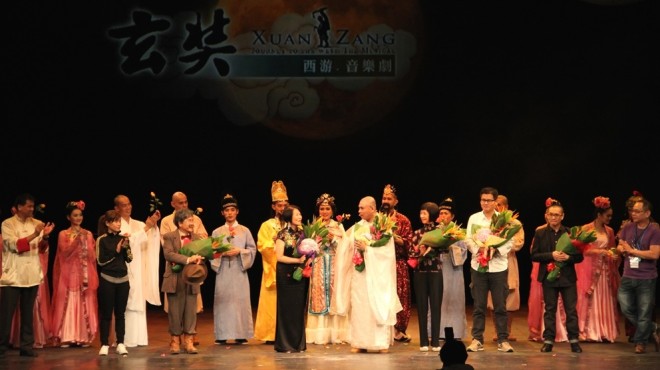 The amazing cast of ‘Xuan Zang – Journey to the West’ on stage to acknowledge the audience.

“If you haven’t watched it, please do!”  That was the comment by Bro. Tan after he attended last night’s performance of ‘Xuan Zang – Journey to the West’ at Istana Budaya, Kuala Lumpur.  This fabulous original musical by Han Production depicts the travels and travails of Venerable Master Xuan Zang who journeyed for 17 years from China to India and back, in his determined quest to obtain authentic Buddhist teachings and scriptures for his native land.

Xuan Zang had to overcome numerous obstacles and great challenges along the way, many of which were life-threatening.  Yet, every near-death encounter merely strengthened his conviction and resolve to ‘take a step to the West and closer to India – risking death along the route, than to take a step back to the East (China) with his mission still unfulfilled’! 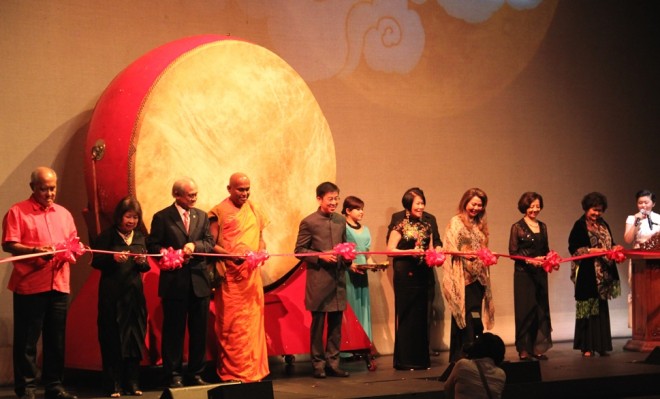 A simple ribbon-cutting ceremony on stage marks the opening of the fantastic show last night.

The superbly-talented Yang Wei Han was simply amazing as the title character.  The equally outstanding cast enacted a marvelous performance and gave a wonderful account of the history of 7th-century Tang-Dynasty China and India.  The melodies were mesmerizing, a fitting and harmonious match for the song lyrics with their depth of Buddhist philosophy and spiritual reflection. 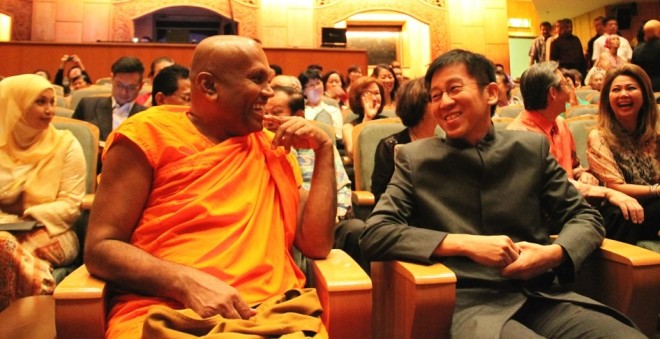 Bro. Tan seated next to the Guest-of-Honour for this Buddhist-themed musical, Venerable B. Sri Saranankara Nāyaka Thero.

The performance last night was hosted by the Kee Group.  It was simply inspiring to see a multiracial audience for the show!  It proves that Master Xuan Zang’s story of inner struggles and the eventual triumph over one’s fears and ignorance is such a universal theme that resonates among people of all faiths and ethnicities. 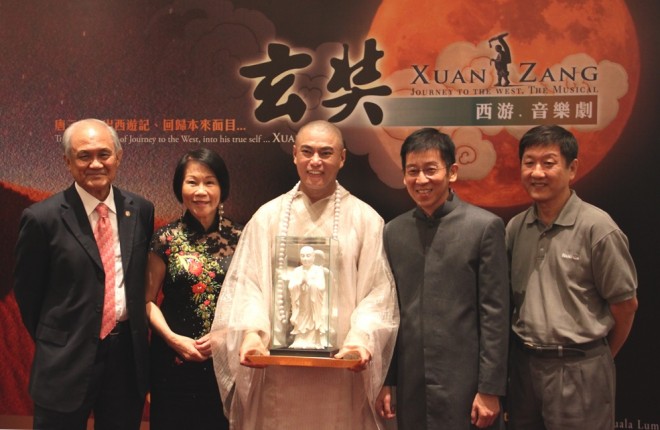 There are only 3 public performances left – from tonight until Sunday.  The shows are on:

So, if you haven’t watched ‘Xuan Zang – Journey to the West’, make your way there this weekend for an unforgettable cultural and spiritual experience!  Well done Han Production, and ‘thank you’ for bringing back the ‘real’ Xuan Zang!  We wish you all the best in your remaining 3 shows.

Plant a tree in honour of fathers