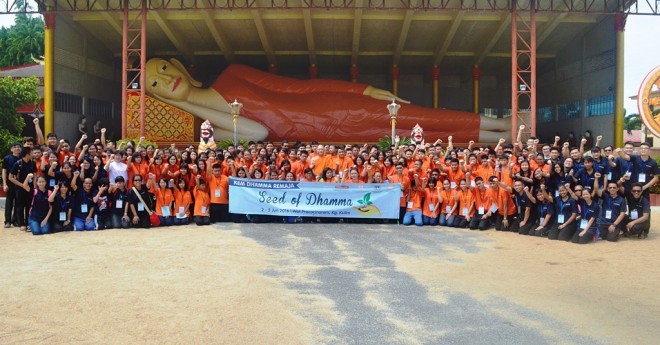 The camp participants enjoying their outing to Wat Pothivihan in Tumpat, well-known for its 40-metre statue of a reclining Buddha — the longest in Southeast Asia.

During the June school holidays, 10 Nalandians made the journey to Kelantan to help organise a Teenagers’ Learning Camp at Wat Pracacinaram in Wakaf Bharu.  122 youths aged between 13 and 17 years from various parts of Kelantan participated in the four-day camp, from 2 to 5 June.

The main activities at the camp were Dhamma sharing sessions, meditation, and group activities that enhanced the students’ learning and spiritual cultivation.  Participants were also brought to visit the famous Wat Pothivihan to better understand the rich Buddhist culture and heritage in the state. 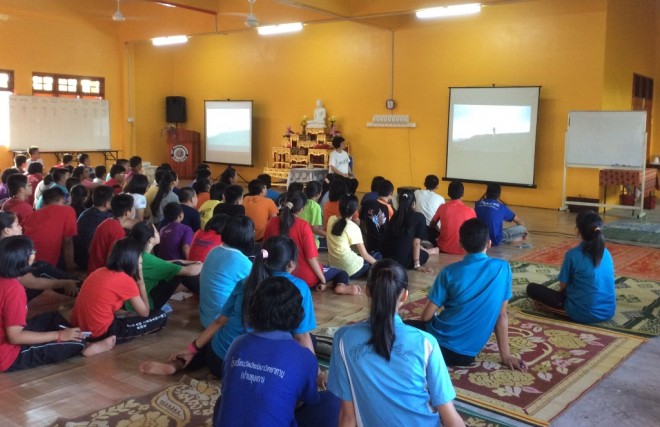 Director of Nalanda Dhamma School Sis. Sunanda giving a talk to the campers. 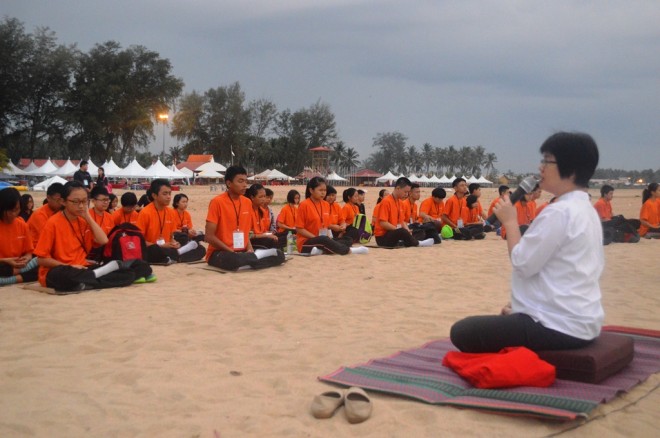 Wat Pothivihan is located in the district of Tumpat.  The Thai temple is one of 25 found across Kelantan, and is popular with both local and foreign visitors.  It is well-known for its 40-metre statue of reclining Buddha — the longest of its kind in Southeast Asia.

While visiting the temple, the camp participants learned the meaning of some Buddhist symbols such as the Bodhi tree, Dhamma wheel, stupa, and Buddhist flag, as well as the different mudras (hand gestures) of the Buddha images.  The facilitators also took the opportunity to educate them on the proper etiquette when visiting a Buddhist temple, such as the proper attire, cleanliness, mindfulness, and always cherishing and respecting the sanctity of every temple visit. 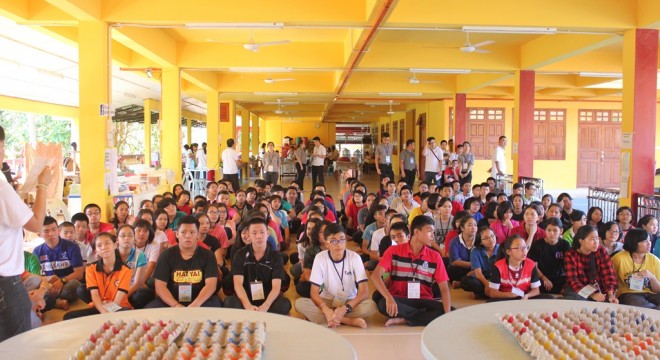 122 teenagers from various parts of Kelantan took part in the camp. 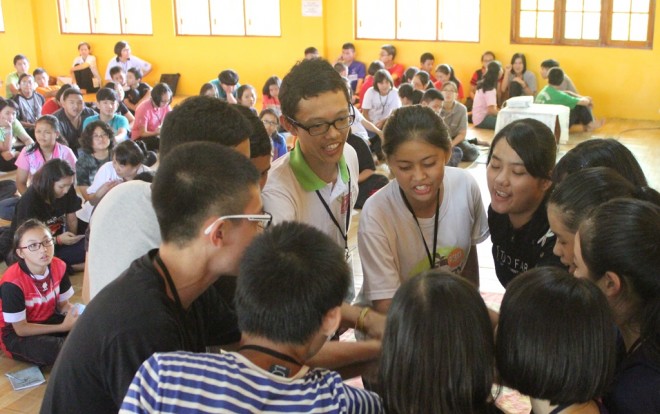 Participants got to know each other better during sports and games.

The camp ended with a touching and memorable appreciation ceremony, where the teenagers knelt before their parents, and bowed to them with reverence and gratitude, some doing this for the first time in their lives.  The event was even reported by the local Chinese press in Kelantan. 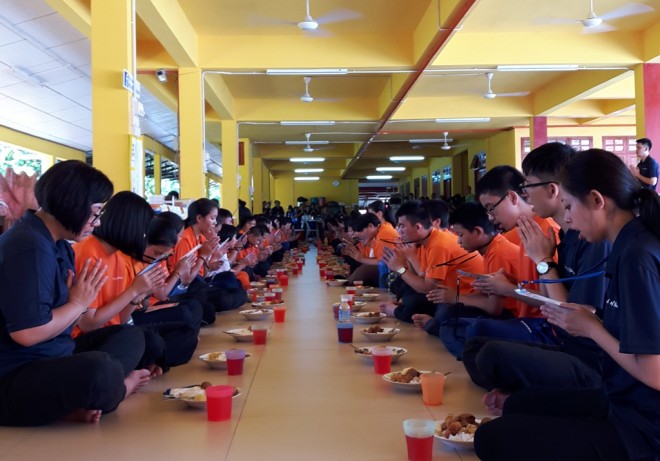 Meal times were also quiet opportunities to reflect on Dhamma.

It was truly a happy and meaningful camp for many.  We thank Persatuan Meditasi Mettārama, Dhammarakkhita and Persatuan Peranakan Cina Kelantan for their valuable contribution and cooperation in making the holiday camp a success.  Sadhu anumodana! 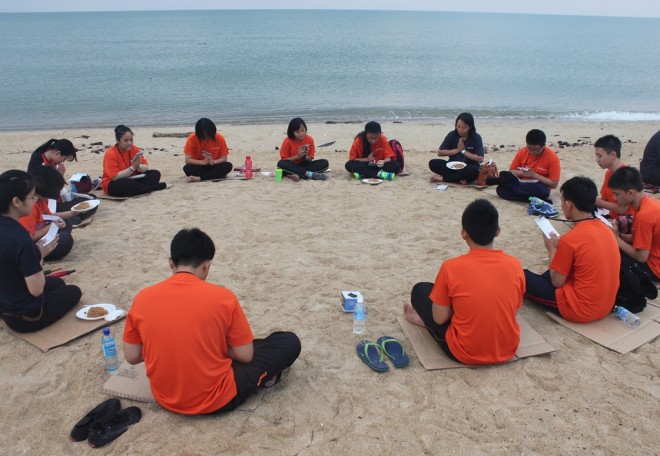 Resting and reflecting on Dhamma at the beach.