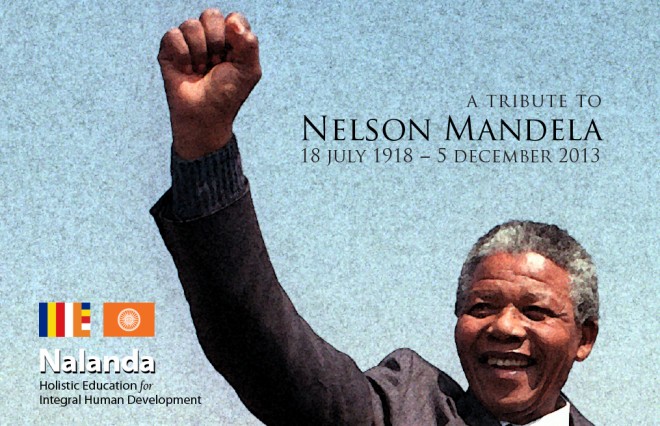 18 July 2014 marked the late Nelson Mandela’s 96th birth anniversary.  This year, we do not have the good fortune of celebrating his birthday with the man himself, as he had passed on in December last year.  This is Mandela’s first birthday, without Mr. Nelson Mandela.

Nonetheless, we pay tribute to a great man and role model for humanity – he who was gracious and sagacious enough to forgive his former tormentors, and thus closed the wound, and opened the path of reconciliation for his people.  He brought freedom to his nation in a real, spiritual sense – not only freedom from Apartheid, but also the freedom from hatred and enmity.

No one who is not himself ‘liberated’, can truly liberate others.
“Happy Birthday Mr. Mandela!”