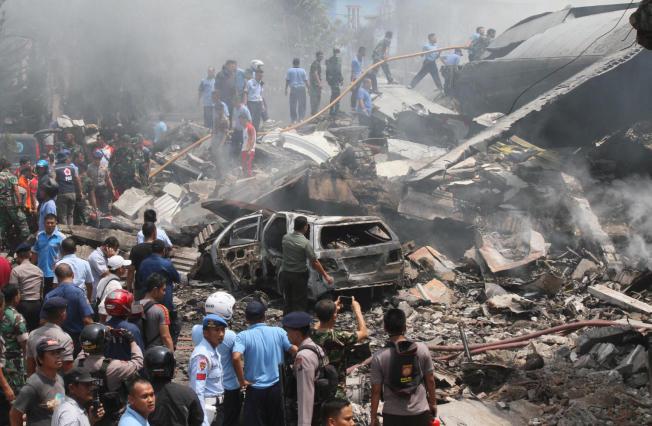 An Indonesian military airplane with 113 people on board crashed earlier today into a residential area in Medan, Sumatera.  The Hercules C-130 aircraft was reported to have encountered technical problems soon after taking-off.  It crashed into two houses and a hotel while attempting to make an emergency landing.  There were no signs of anyone on the plane surviving the crash.  The number of casualties on the ground remains unclear.

Nalanda members offer our deepest condolences to the families and loved ones of the casualties.  We empathize with your loss and grief.  Let us pray for the victims of this tragedy.  May they rest in Peace.