YBAM President and members of the plenary committee hosted by Sis. Nandini at Nalanda Youth Centre.

Over the weekend on 11 and 12 April, Nalanda Youth Centre was honoured to host the plenary meeting for members of the National Buddhist Undergraduate Community Service Programme, which is under the direction of the Young Buddhist Association of Malaysia (YBAM). 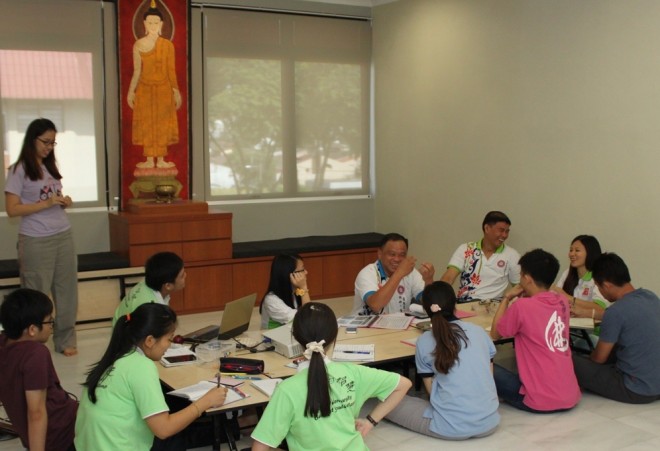 The YBAM members were warmly hosted by the Director of Nalanda Centre Sis. Nandini Tan, who brought them on a building tour.  The President of YBAM Bro. Goh Qing Song and YBAM Consultant Bro. Ang Chong Teck also came to offer advice to the youth members during their 2-day meeting.  The youths also took the opportunity to pay a courtesy visit to Nalanda Founder Bro Tan. 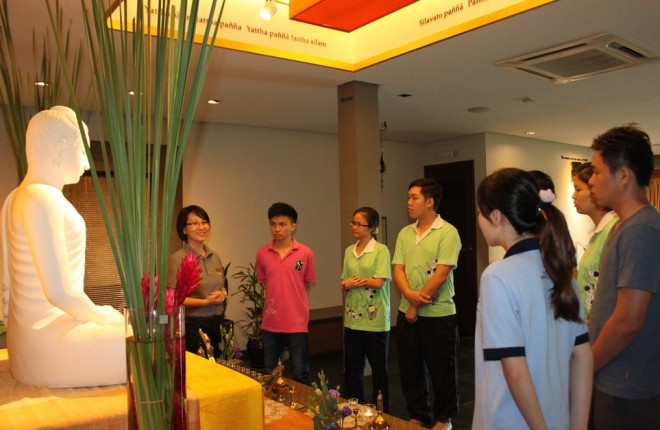 During their stay, the YBAM members were brought on a guided tour of Nalanda Centre by Sis. Nandini.

Over the years, YBAM’s Community Service initiative has helped many Buddhist societies and undergraduates to reach out nationwide and propagate Dhamma in many states.  Nalandians rejoice over this noble effort, and we wish the National Buddhist Undergraduate Community Service Programme continued progress and success.  Sadhu anumodana!

The YBAM members calling at Nalanda Founder Bro. Tan where they exchanged ideas on developing the Buddhist youth movement in Malaysia.

Silver Lining Day is back!