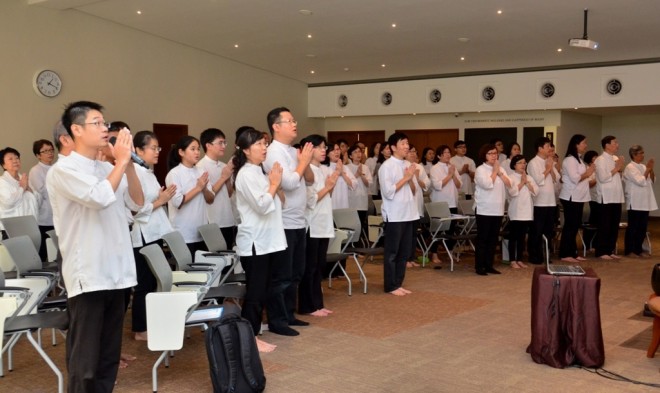 Nalanda members starting the E.G.M. with the observance of Five Precepts.

Nalanda Buddhist Society members based in Sri Serdang had a successful Extraordinary General Meeting (E.G.M.) which was held on Sunday, 16 October.  The E.G.M. was called by the Board of Management to discuss important issues regarding the Society’s future development. 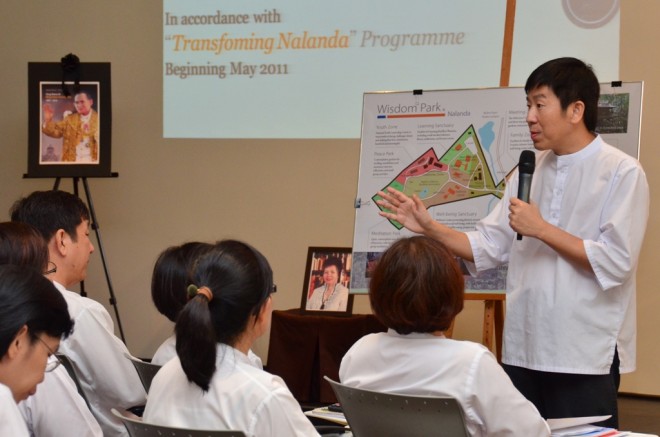 Members are looking forward to constructing the first building at the education hub.

Three resolutions were unanimously passed at the E.G.M., i.e. (1) the Society’s new membership policy; (2) the purchase of land to increase the size of the proposed ‘Wisdom Park’ by 33%; and (3) the appointment of 5 trustees to manage assets on behalf of the Society. 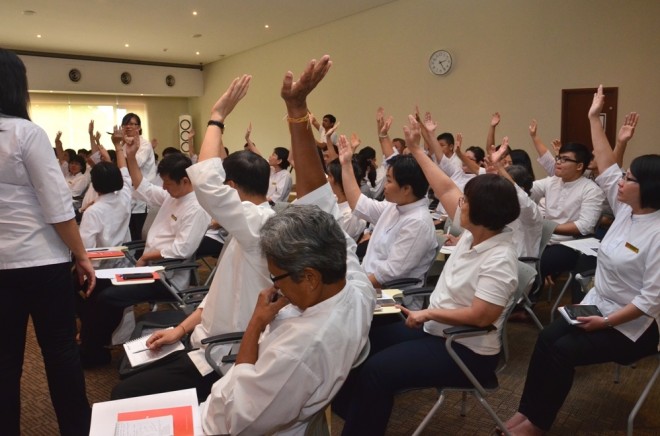 Three resolutions comprising 10 proposals were unanimously passed at the E.G.M.

Passing resolutions unanimously is a regular feature at General Meetings as members often engage with discussions and consensus-building.

An important part of the E.G.M. was the presentation by Nalanda founder Bro. Tan on the ‘Master Development Plan’ of Wisdom Park to the membership.  There was a collective sense of joy in seeing the progress towards constructing the first building at the education hub.

Bro. Tan praised and thanked Nalandians for strongly supporting the project, and for maintaining discipline and ‘Samaggi’, all of which are important factors leading to successful implementation of Nalanda’s mission.  Sadhu anumodana. 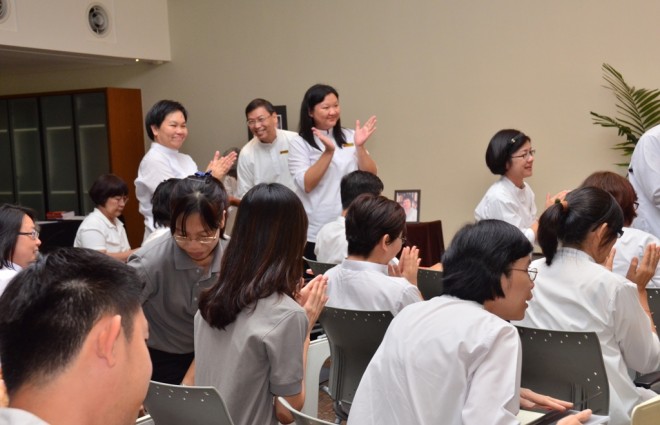 Nalandians are happy with the passing of all resolutions unanimously. 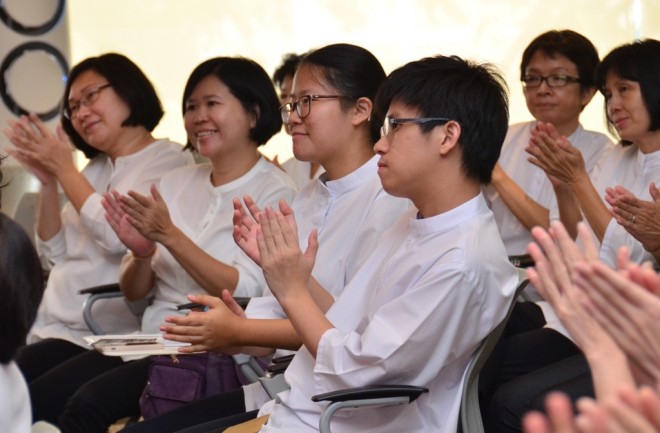 Members rejoicing at the success of the E.G.M.

Planting of sponsored trees gets going in Wisdom Park