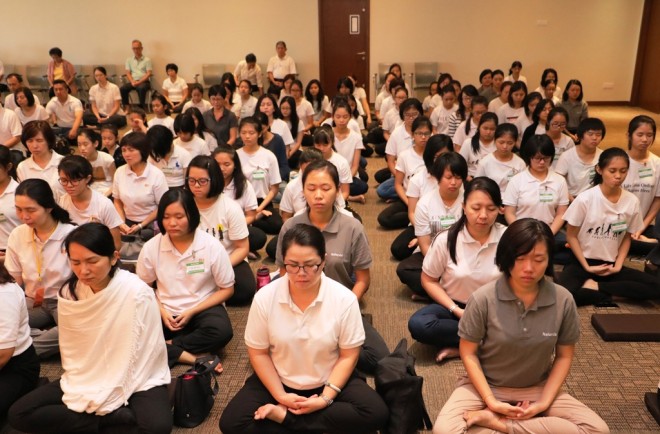 Devotees gathered at Nalanda Centre on Sunday 8 January to participate in the New Year Pūja.

On Sunday 8 January, Nalanda Centre was honoured to host Venerable Ayya Sumangalā for a Dhamma talk on ‘welcoming happiness’.  Ayya began her talk by commenting on festive greetings where we usually wish others happiness.  While we are wishing ourselves and others happiness, are we all really working towards it?

Ayya Sumangalā told the well-known story of Venerables Sariputta and Moggallana, who being disenchanted with worldly life, found true happiness in the Dhamma and awakened to it.  Using this example, Ayya mentioned that we usually indulge in entertainment because we cannot face the sufferings of life.  Instead, we should seek to discover the world within and around us, which is enough for us to realise the nature of life which is impermanent and unsatisfactory. 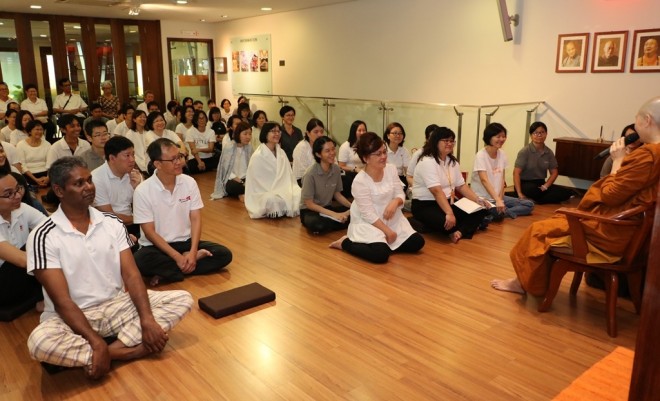 Ayya Sumangalā giving a Dhamma talk on ‘welcoming happiness’ in conjunction with the New Year.

Ayya Sumangalā reminded devotees about the preciousness of human existence and urged everyone to make full use of it through diligent spiritual cultivation.  It is important to always reflect on our direction and goal in life, and include a strong spiritual element in it. 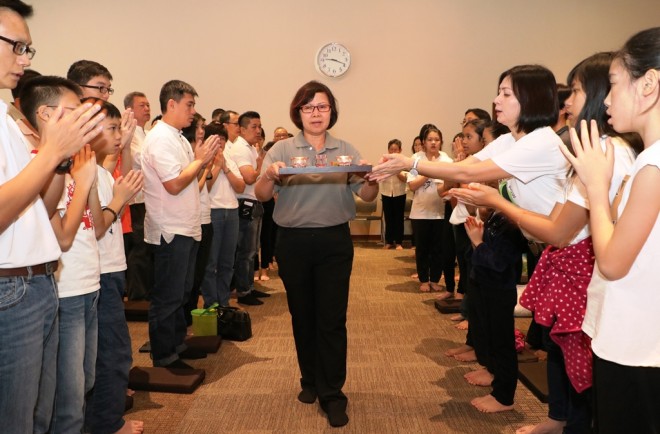 Earlier in the morning, Nalanda President Sis. Evelyn led the offerings to the Three Jewels. 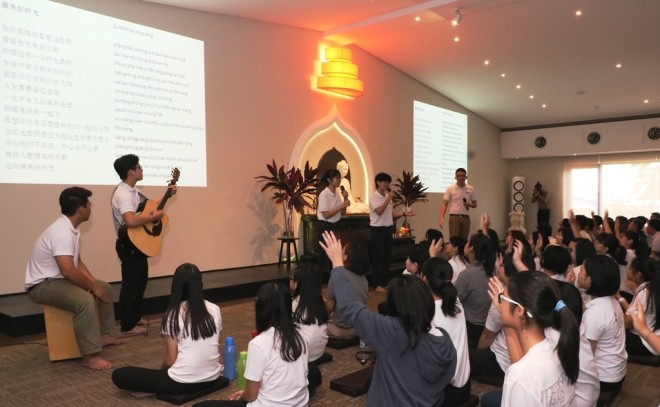 The spirited Nalandian youths leading the congregation to sing-along with Buddhist hymns.

Nalandians were also blessed to receive a ‘New Year message’ from Nalanda Founder Bro. Tan.  He advised devotees on the right way to make aspirations.  As practitioners, we should ask ourselves, ‘what makes me unhappy?’ and think about how to overcome this in clear and specific ways – that is the direction for our personal growth.  Bro. Tan then wished everyone a ‘Happy Whole Year!’ – instead of the customary ‘Happy New Year’. 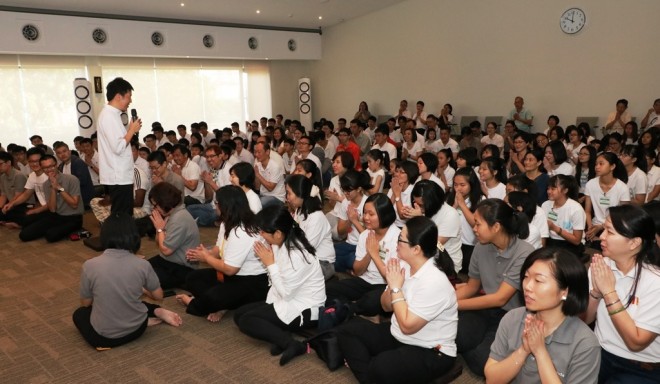 Bro. Tan wishing everyone a ‘Happy Whole Year!’ – instead of just a ‘Happy New Year’.

After the inspiring teachings, devotees had the opportunity to offer lunch dāna to Ayya Sumangalā.  The abundant merits accumulated from the wholesome and joyful day were then shared with all beings.  Sadhu anumodana! 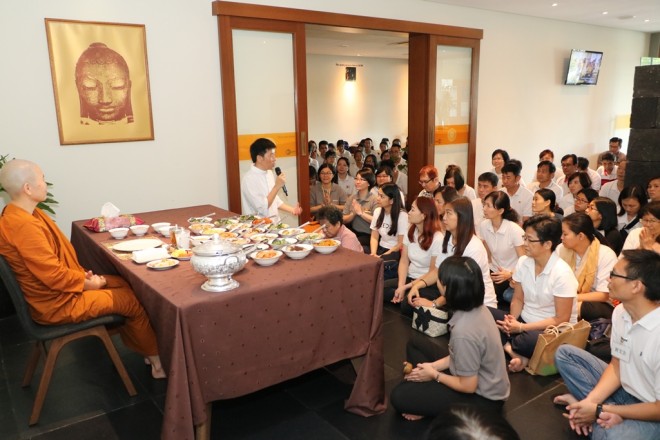 The congregation offering lunch dāna to Ayya Sumangalā after her talk. 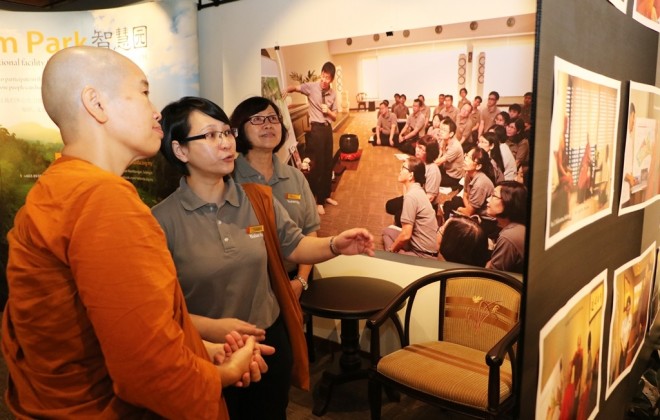